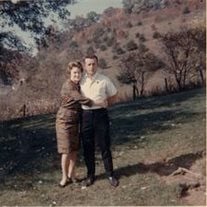 Anna Mae Taulbee Back, age 78, a resident of Mining Fork Road in Salyersville, Kentucky passed away Sunday, September 1, 2013 at her home. Mrs. Back was born April 12, 1935 in Wheelwright, Kentucky the daughter of the late Lonnie Taulbee and... View Obituary & Service Information

The family of Anna Mae Taulbee Back created this Life Tributes page to make it easy to share your memories.

Send flowers to the Taulbee Back family.