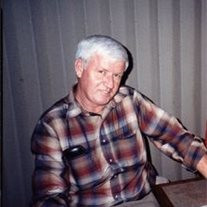 William "Bill" Fyffe, age 61, a resident of East Mountain Parkway in Salyersville, Kentucky; passed away Friday, October 17, 2014 at Highlands Regional Medical Center in Prestonsburg, Kentucky. Mr. Fyffe was born May 8, 1953 in Louisa, Kentucky the son of the late Delmer and Roberta Hay Fyffe. Also, proceeding in death is one brother, Jackie Fyffe. Mr. Fyffe was employed as a supervisor in the coal industry until his retirement. He was an avid outdoorsman and enjoyed traveling. Those left to mourn includes wife, Charlotte Perry Fyffe, whom he married December 27, 1986; daughter, Kim Fyffe of Lexington, Kentucky; son, Travis Perry of Morehead, Kentucky; brothers, Danny Fyffe of Canonsburg, Kentucky, Ronnie Fyffe of Flat Gap, Kentucky, Randy Fyffe of Russell, Kentucky. Also, surviving are two grandchildren, a host of family, and friends who love and miss him. Funeral services for William "Bill" Fyffe will be conducted Monday, October 20, 2014 at 1:00 PM from the chapel of the Salyersville Funeral Home in Salyersville, Kentucky. Clergy Johnny Dagnan and Roger Jordan will deliver comforting words on the day of service. Burial will follow in Highlands Memorial Park in Staffordsville, Kentucky. The family will welcome friends Sunday, October 19, after 5:00 PM and anytime prior to funeral services. Services are under the direction of the Salyersville Funeral Home in Salyersville, Kentucky.

The family of William Bill Fyffe created this Life Tributes page to make it easy to share your memories.

Send flowers to the Fyffe family.